The section below is spoiler free! 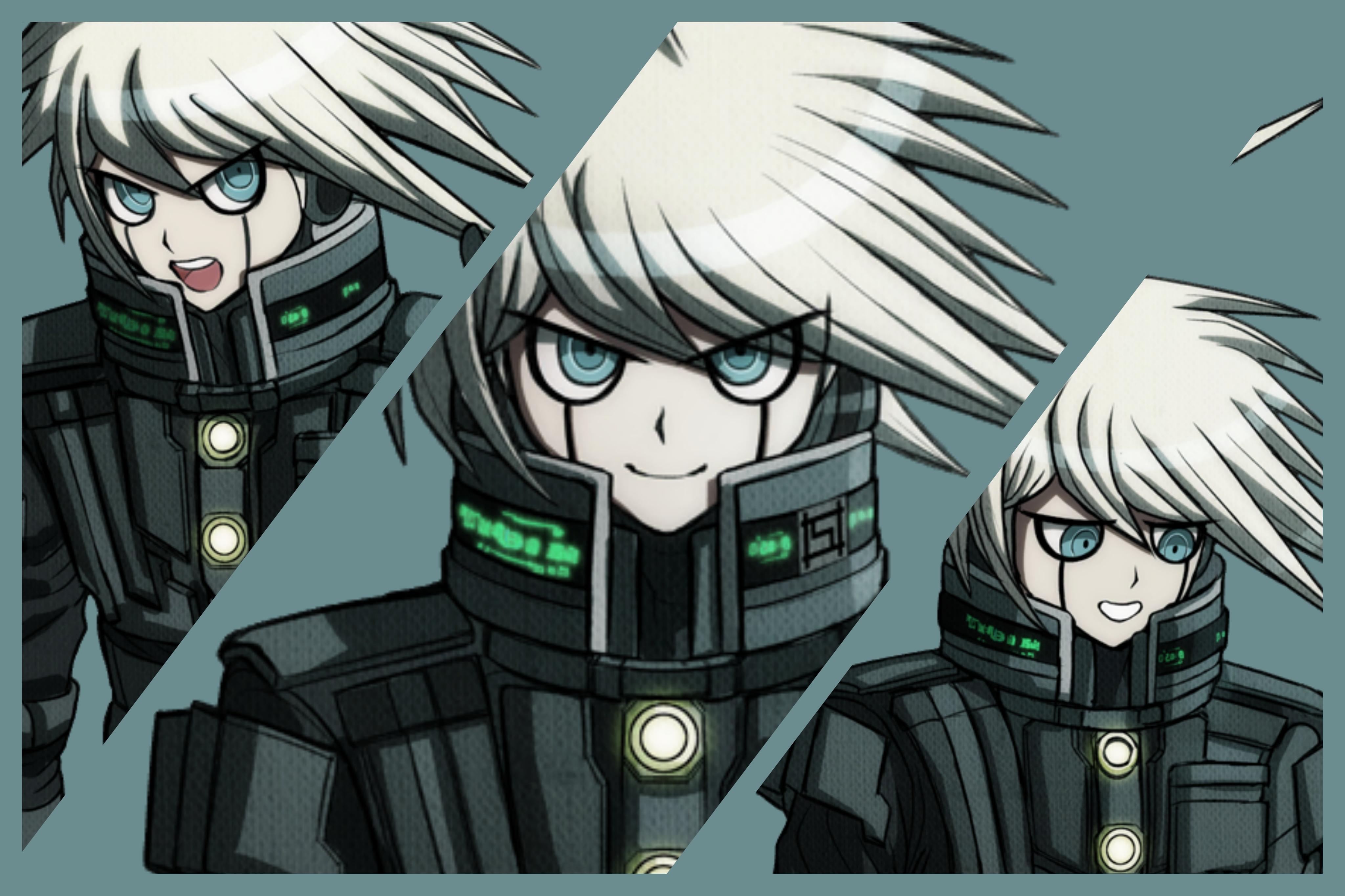 I'm not the best at collages XD 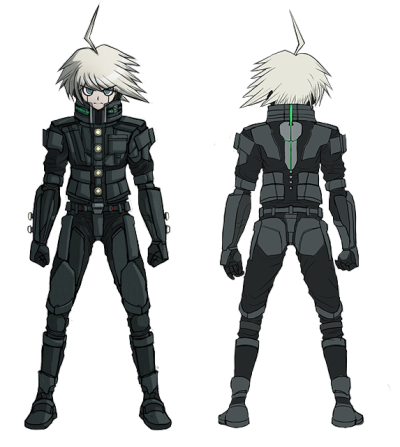 K1-B0 or Keebo is a robot created by Professor Idabashi. He resembles a human teenage boy. He looks like he's wearing a gakuran (a Japanese school boy uniform). The "gakuran" is part of his body so he's practically naked! hehe just kidding! He also has some soft cloth parts on his body so you can cuddle him there I think! He has a tall collar protecting his face and he can close it. On the collar there's a screen that can display text! Also he has funny butt plates haha

On his face he has 2 cool lines that run across his cheeks vertically, to enhance that robot look a bit more you know? He has some nice dull light teal eyes that look like camera lenses. He also looks angry all the time! Why is he so angry? He looks cute and funny because of it anyway so it's ok. Instead of ears he has headphone like things instead so you can tell he's definitely a robot. Keebo also has some really spiky hair! They always swoop to his left and they look painful to touch owie. I won't be surprised if he uses it as a weapon. He also has a very responsive ahoge (the strand of hair that sticks up on his head). It's reminiscent to an antenna and its shape changes according to his emotions!

And cuz Keebo is a robot, he has a lot of robot functions!!!!!! He can make his eyes light up like flashlights! He can also take pictures and print them through his mouth but he has kinda a hard time doing so. He can record and replay audio from his headphone ears! I think that's it I don't remember.

Keebo takes pride in his robot features! In fact he considers himself above other robots and consider it an insult to be compared to other appliances! He is the Ultimate Robot after all! Although, despite Keebo being all that, people find his robot features to be boring. All Keebo is to them is a silly socially awkward alien loser that can be used as a tool sometimes! People like to make fun of Keebo :/ It also doesn't help that his body has the strength of a senior citizen, and that his body needs a lot of maintenance. Because of this, he's very reliant on Miu, the Ultimate Inventor.

Keebo is very serious in nature. He takes everything really seriously! Because he's a robot, he's still learning about the world and humans. Most of the time he has trouble reading the mood and may take things too literally and likes to make decisions based on just logic. He's also really vigilant about "robophobia" and would threaten to sue you if you were to make robophobic remarks!

Despite how he is treated, Keebo still talks in a very polite way. "K1-B0" is basically "kibo" in Japanese, meaning "hope". Keebo has a lot of hope! He always look on the bright side of things! He likes anime with robots in them, be cause he believes it would lessen robophobia in the world!

Other than that, Keebo wants to make other people happy! He wants to entertain people! He even mentioned that he wanted to be a popstar or even a superhero with a tragic backstory so people would think he's cool or something. Keebo is very pacifist and does not condone violence! 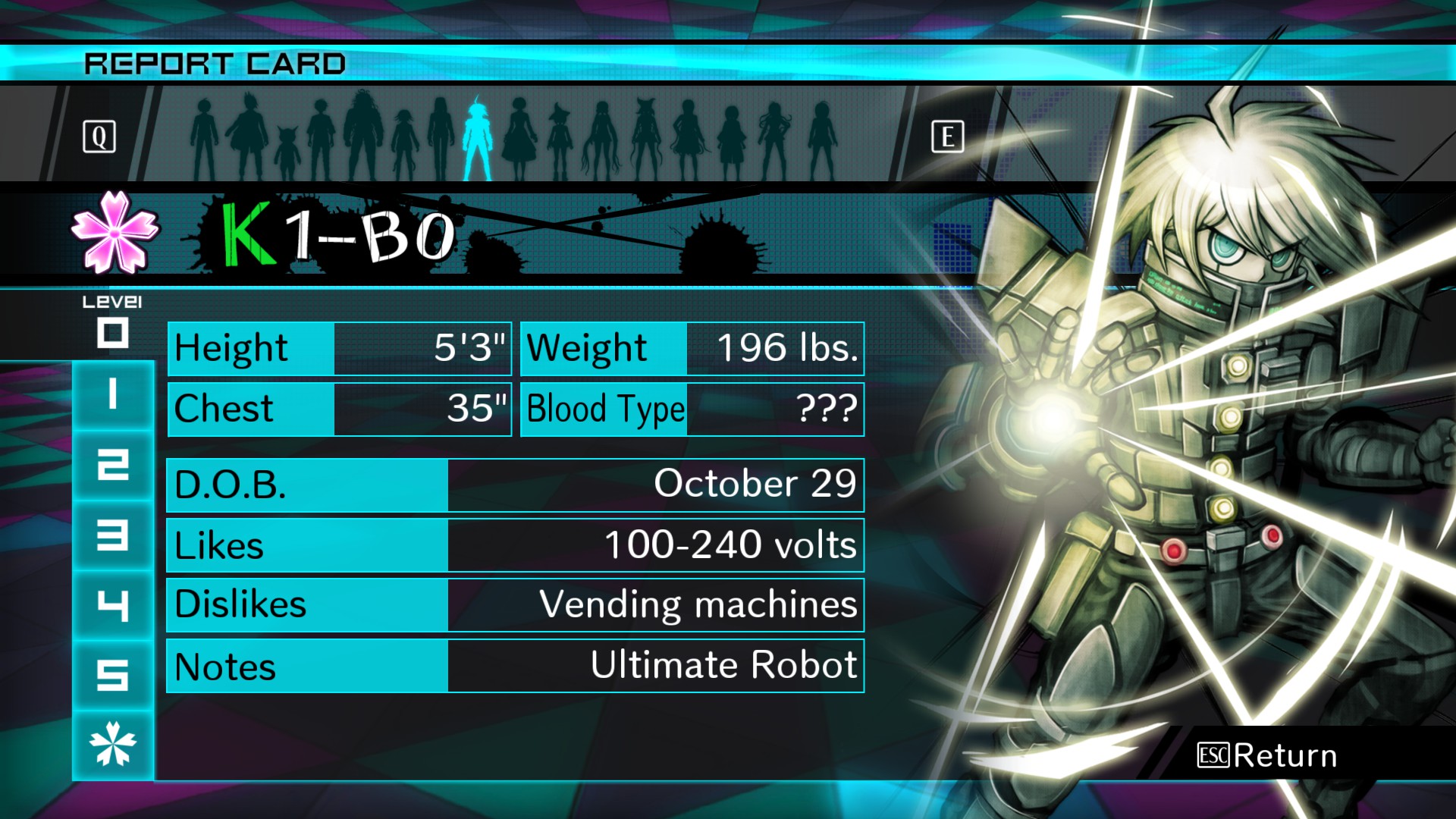