Honestly I think Keebo should not be shipped with anyone! Nobody deserves him and I mean that both positively and negatively! First off, almost everyone in the V3 cast was mean to him! I don't think Keebo should try to befriend those meanies. Second, they were mean because Keebo really does suck! I don't know... having a robot boyfriend is kinda weird! And it would be hard to communicate with him because he's just a computer... or something.


This is going to be a little tricky since everyone has their own version of the ship and the shipped characters. Here I will react to their canon upbringing, and how a majority of the fandom sees the ship, and finally what I think about the ship. However, don't expect that I will follow through this organized outline

Images are not to scale with characters' actual height! 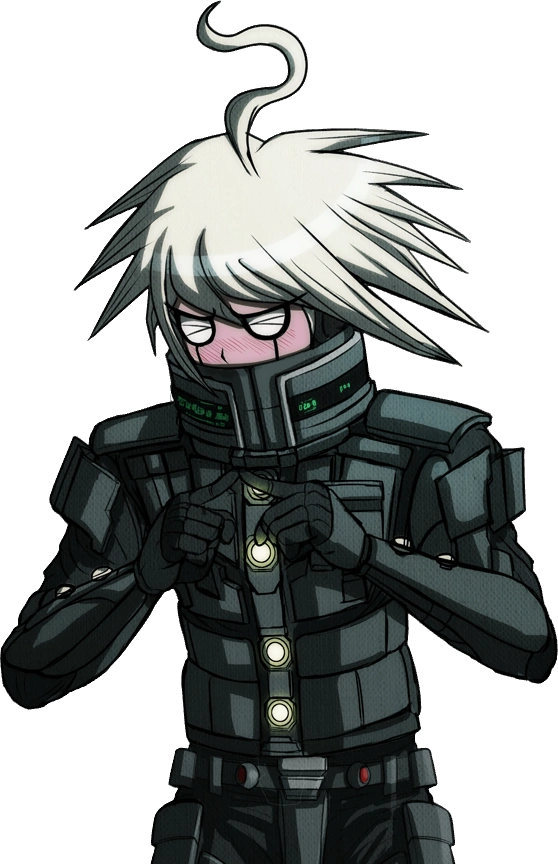 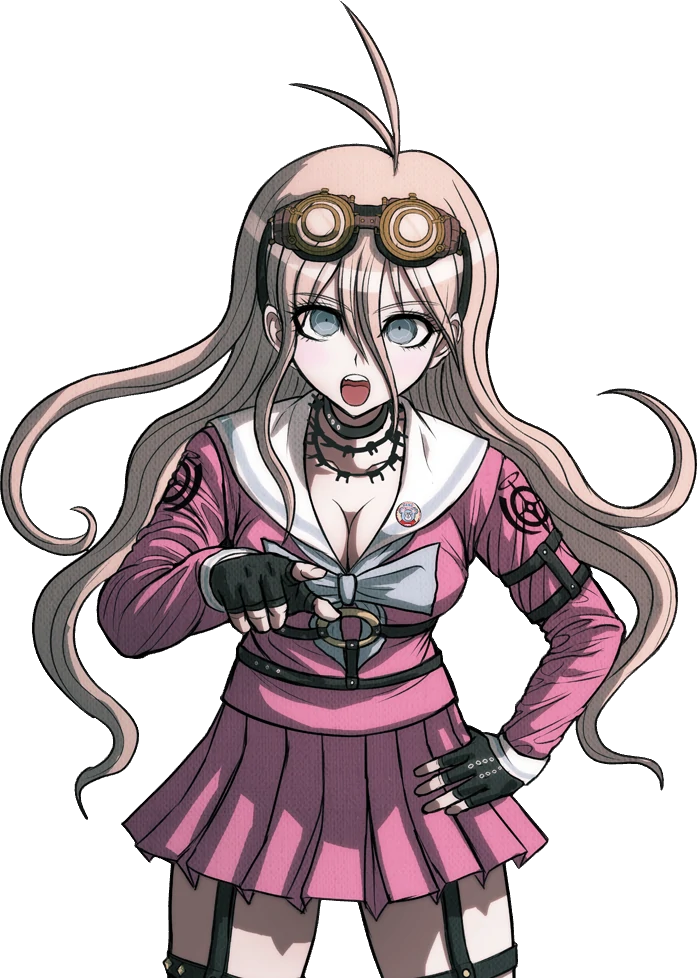 Kiiruma is a ship between Keebo the Ultimate Robot and Miu Iruma the Ultimate Inventor. Makes sense! The idea is pretty cute honestly. Who wouldn't want a robot boyfriend?

The ship is considered to be semi-canon since Keebo and Miu are pretty close in the story. There's some controversy in regards of this ship being problematic. Mainly because of this CG. TW: sexual harassment

Controversy: that one CG

I hate it, the CG I mean but not the entire ship. Well I don't *like* the romantic pairing of Kiiruma and this CG contributes a lot to that.

I don't hate people who ship this. Of course people can look past the bad sides of certain ships. This is why I don't believe in the existence of "toxic ships". A lot of people ship Kiiruma for more wholesome reasons.

But there's just one thing that bothers me: People still defend and justify that one CG. Like, you can ship a ship while being aware that it has a problematic side to it. So now I'm going to do a little rebutting on some of the defenses I heard. This is the Amino post that I'm talking about btw.

I will talk about topics about sexual assault and it can get pretty graphic so I hid them behind a spoiler. Click to view my replies to these statements. ("s." stands for "sex/sexual/sexually")

Also, the CG is more evidence that the writers really did not take Keebo seriously. That's why I hate it so much. He's just a joke character to be made fun of. Which makes his twist at the end so random and BS. Like, "oh lookie here's the joke character and he's like really special now and he saved you and he's so heroic" Like wtf I think Keebo would have been better off murdered by someone else than be revealed as something soooo important at the end then just die then guilt trip everyone for like making fun of him I guess.

I also wonder, how would the fandom react if Keebo was a girl and Miu was a boy? I haven't found a reply to that yet. 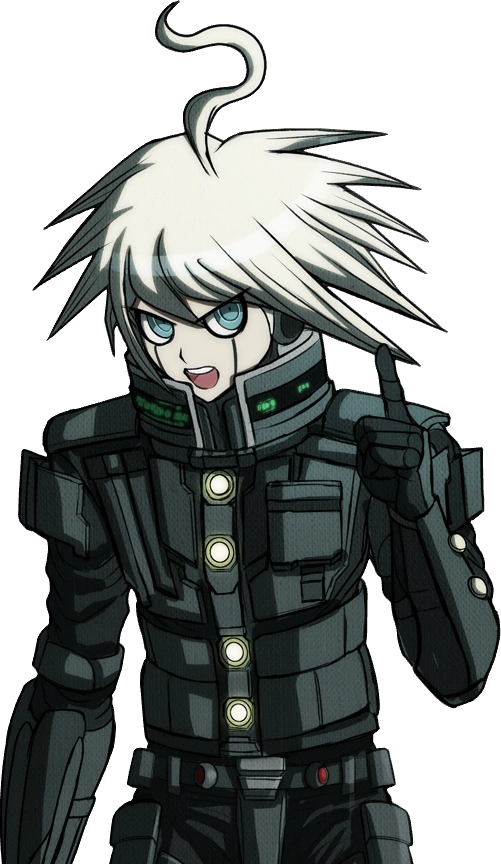 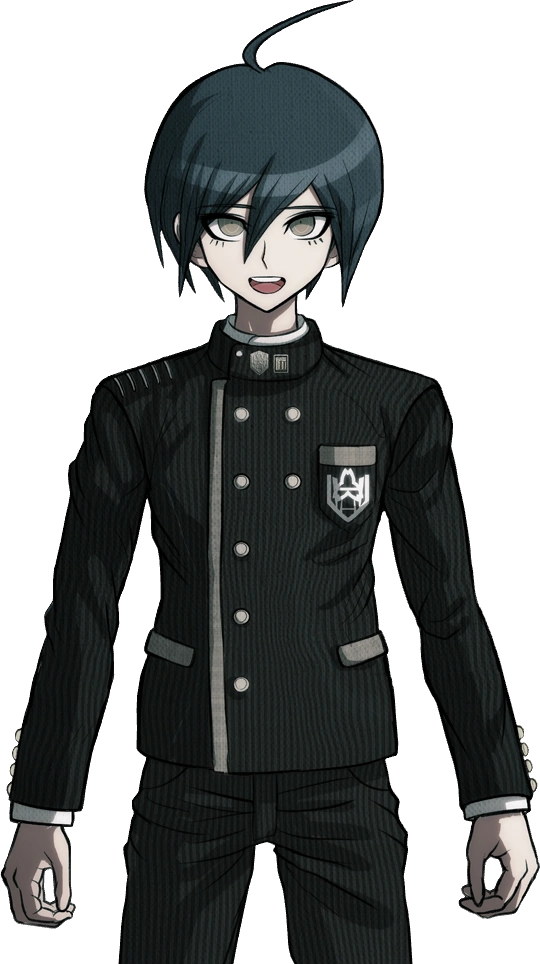 Saiibo is basically the player x Keebo! I think it's ok. I don't like Saihara that much tho so I lean in more to dislike. I think they would be good friends! Romance? not really... 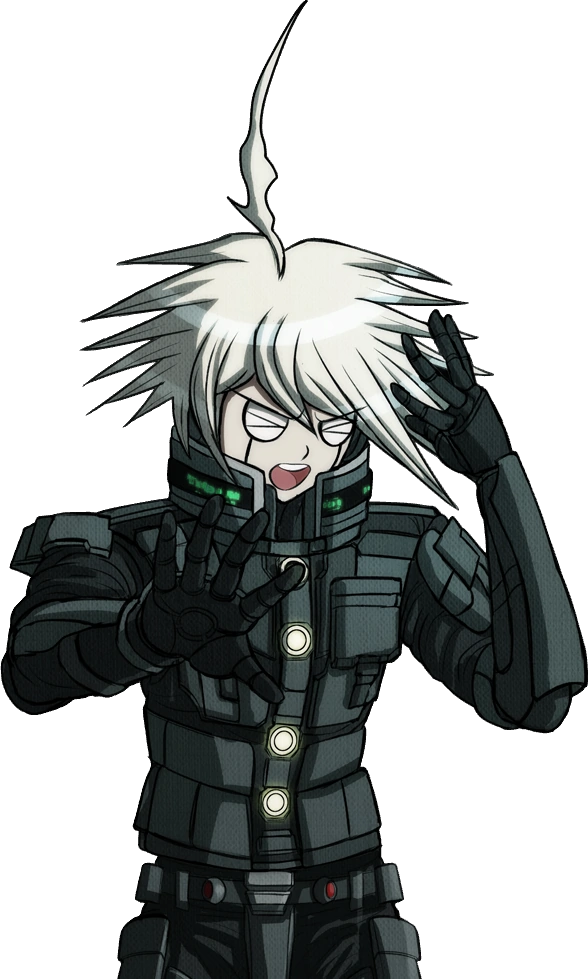 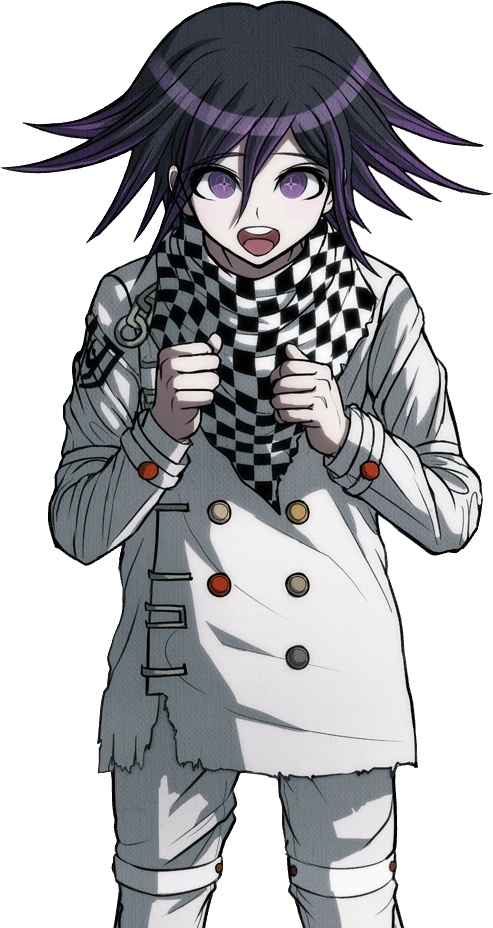 Again, images are not to scale! This is ridiculously funny cuz Kokichi looks like a giant here!

Kiibouma is considered to be a toxic ship in the fandom, cuz of Kokichi, duh. I actually used to ship this. Why? Of course it was because I had my own version of Kokichi in my dreamland. And like, I used to be obsessed with Kokichi. I was super empathetic to him, and I saw how Keebo was so kind and forgiving to everyone and took that and like created this sort of "oh my sweet sunshine! please save me from my emotional turmoil" dynamic. It was pretty much a bunch of self-inserts. Glad I'm over my Kokichi phase. Cringe!

Now, I think Kokichi should never be allowed to interact with Keebo! EVER! Also like, the robot dick joke isn't funny at all... I feel terrible whenever someone brings it up. 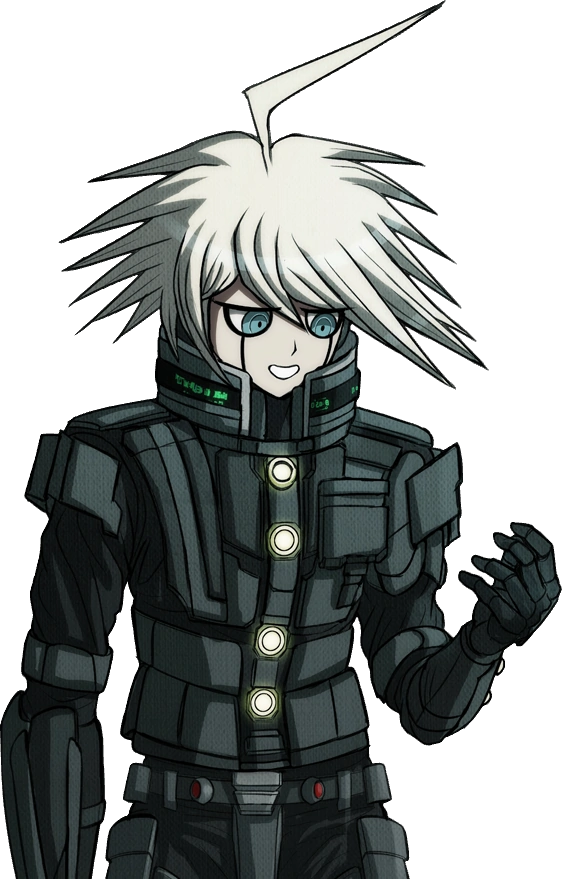 Kiimatsu is basically a ship between my two most favorite characters! I think the ship is really wholesome! There's not much to it tho, cuz ***spoilers!!!*** Kaede died and we weren't able to learn more about her :l They would be good friends! Something like a sister and brother relationship.

This ship is just a self-insert ship again for me... It's cute but it's not my favorite