~ Pony Town is for socializing ~

Pony Town is a social game! There's not much else to do other than talking to people. So if you're shy, then good luck finding other ways to enjoy the game! But if you want to socialize, here are some mini-games and role-plays that can bring people together!

All info here is from my (Heart's) observations from the PG server only.

Fandom areas are areas where fans of the similar media gather and hang out! You can recognize a fandom territory by observing the people who sit by it. See a bunch of Persona pony cosplayers? That's right, that's the Persona area! (this is just an example, there is no Persona fandom area in the PG server as of now...) This is also the easiest way to socialize cuz everyone in the fandom areas have the same interest as you, given that you sit in the fandom you're in!

Fandom areas are constantly changing. There are some areas, usually the big fandoms, that last for years. While there are also some areas that last for a few months/weeks, and some lasting a single day. The areas are not active 24/7 due to timezones.

In fandom areas, one of the things you could do is start short, quick, illiterate public role-plays! Let's say you are cosplaying a character, and you see another player who is cosplaying the character you ship yours with. You can then check their profile and see their name, if it says "any int" or "[your character] int". If it does, then go! Say "hi darling~" and do the kiss emote on them if you want. You can like, totally skip the name checking and just go ahead and interact with them, but make sure to say sorry and not bother them anymore if they didn't like your advances! 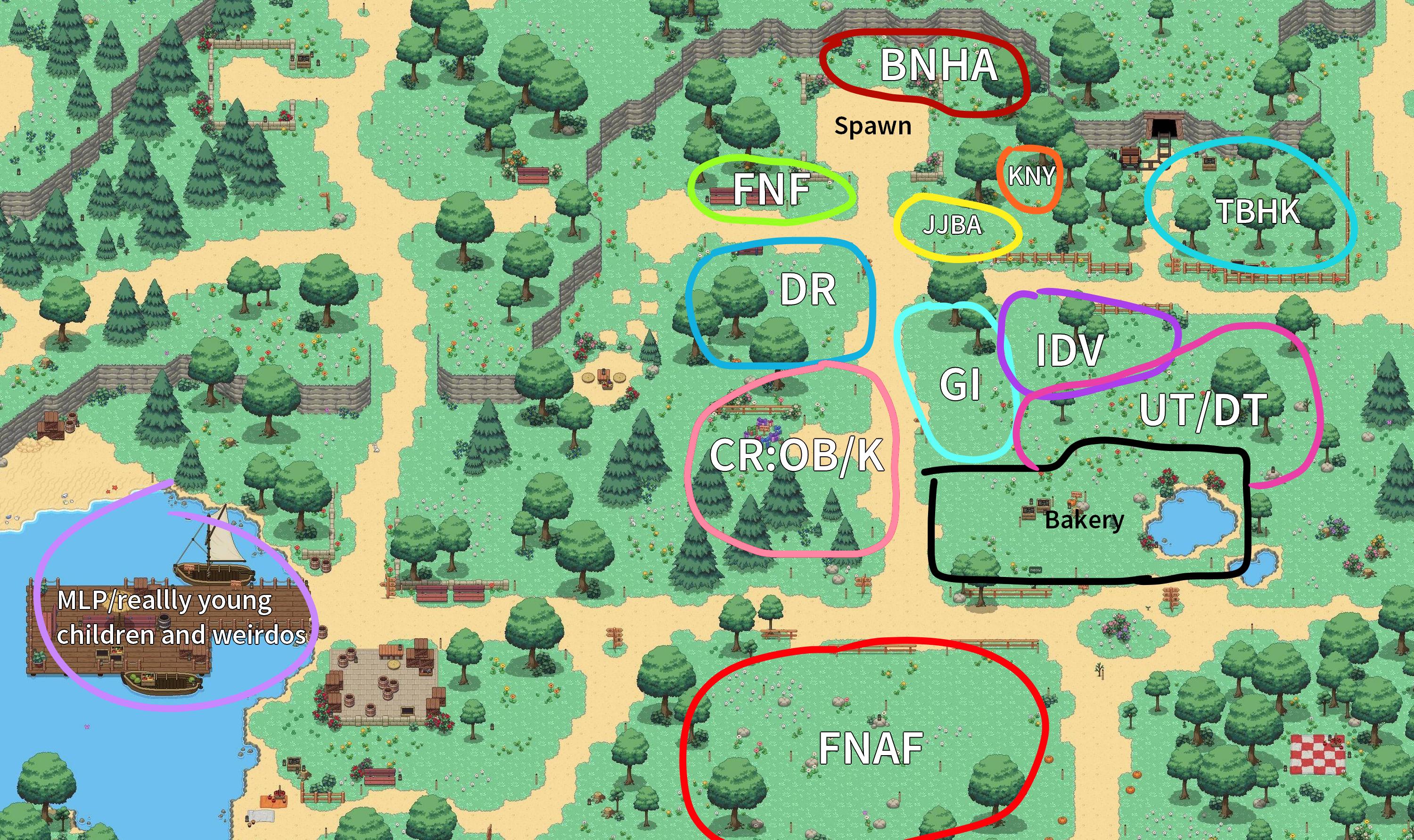 This PT map is outdated (before v0.85.0) and not the full map. As you can see, I had to block them out myself (the Bakery and the Marketplace, which I forgot)