This is my first ever actual playthrough of Danganronpa: Trigger Happy Havoc! :P I've been in the fandom for about 2 years now and I never knew that I would be able to actually play the games (I jumped straight to V3 cuz pretty pink girl protag and robot boy) so I pretty much know who dies and who dunnit but I don't know how the murder happened so there's still at least some mystery for me. And also I don't know the main story and each of the characters' backstory so yeah there's that. 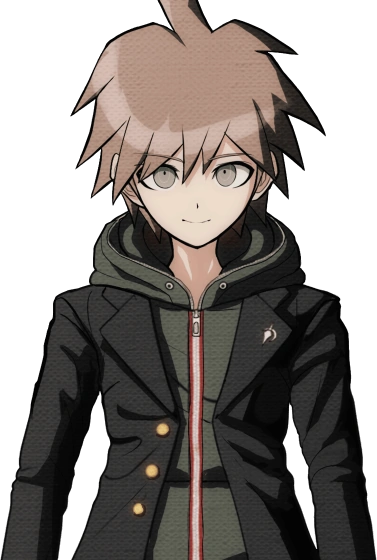 Design: cute 6/10
As a character: boring cuz he's the main character so I know what to expect 0/10 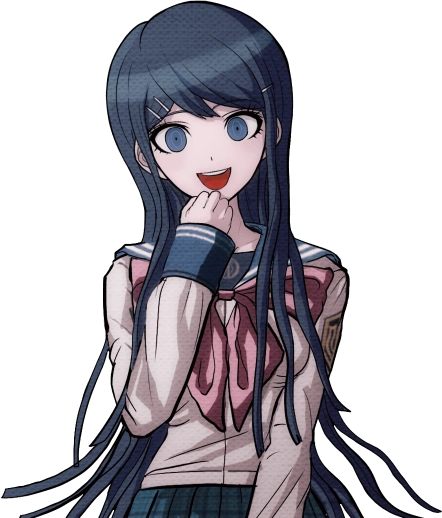 Design: basic girl 5/10
As a character: manic pixie dream girl ***but hell she got guts to murder and use makoto like dat. No idea why she chose to fight a literal athlete who's like ripped and strong or something wtf sayaka you dum dum*** 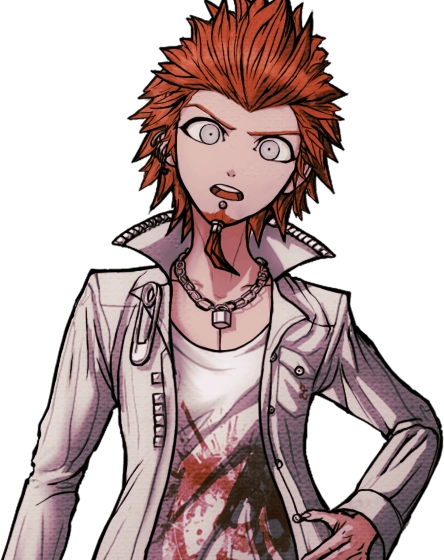 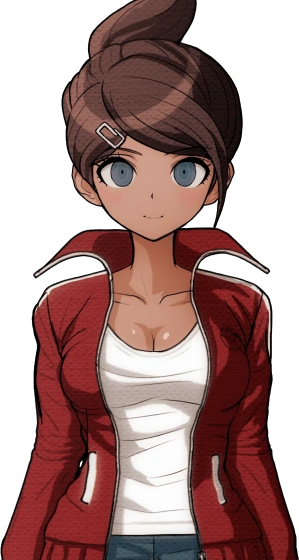 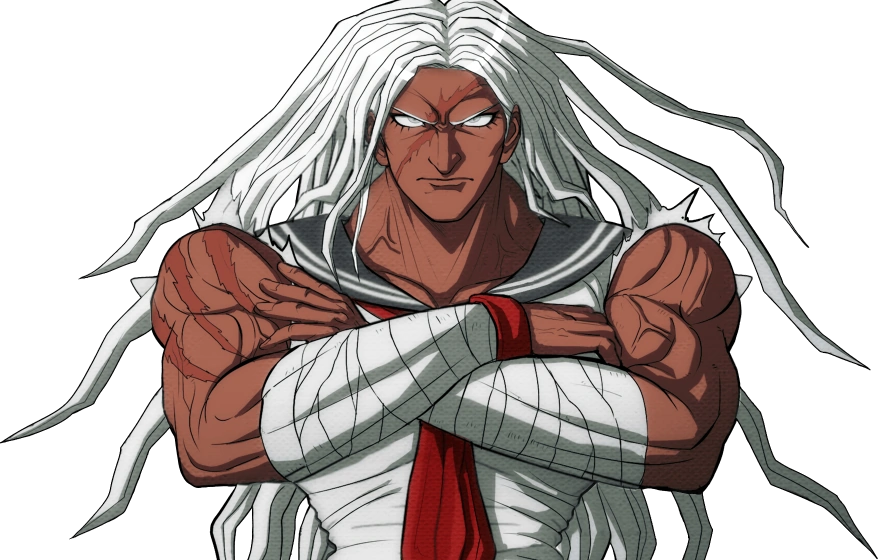 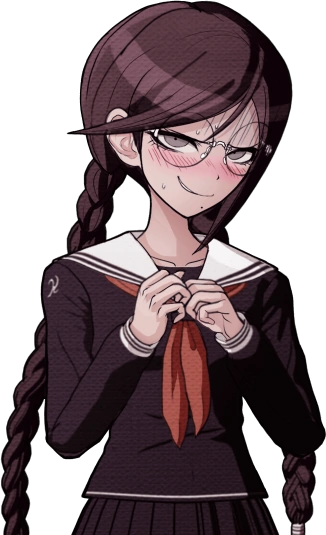 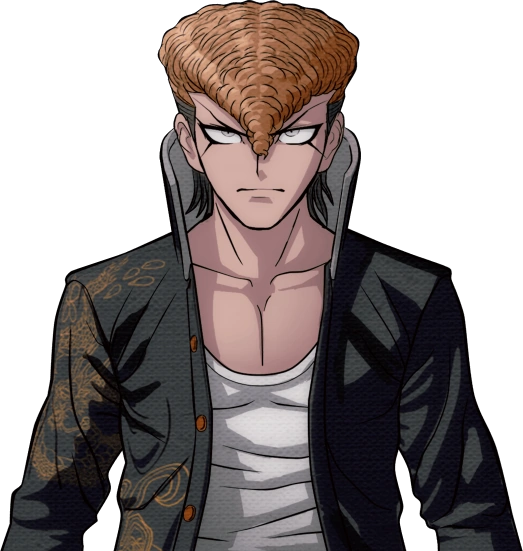 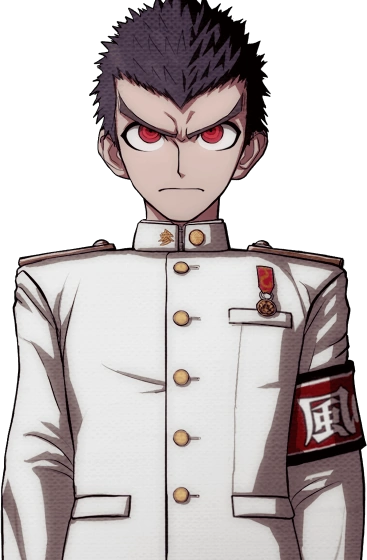 Design: 9/10 pretty good I like his eyebrows and he's always angry??
Character: funny!!!!!!!!!! Real funny aha class president much I would like to be his friend 10/10 also wtf is with this sprite is he wearing eyeshadow or he has hairy eyelids or something 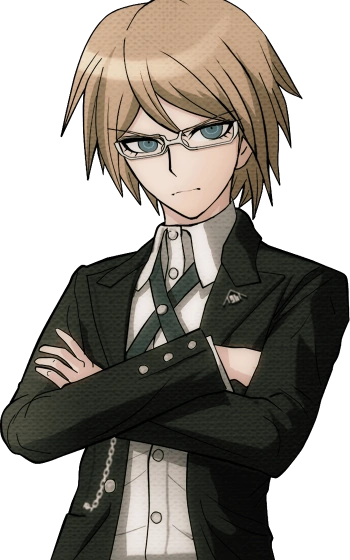 Design: weird, I like his eyelashes but that's it he looks really lanky and like a huge nerd (redditor) 4/10
Character: he's that super arrogant character and, like, I like arrogant-ish characters but he's super edgy and he said something stupid (see in "Thoughts" section) and he's really annoying so I hate him 1/10 can't wait till he starts making sense as a rival though 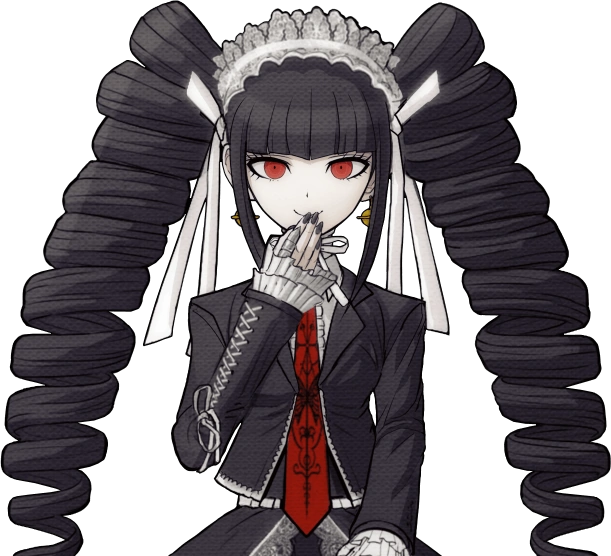 Design: 10/10 amazing she looks like a doll I love dolls
Character: she's literally SOOOO COOOL like the thing she said about adapting it's so, like, damming? Like it makes you go "damn ok" or something like that like what she said is so shocking but I agree with her. She already gives me rival vibes right from the start but we'll see. I did her FTE. 10/10 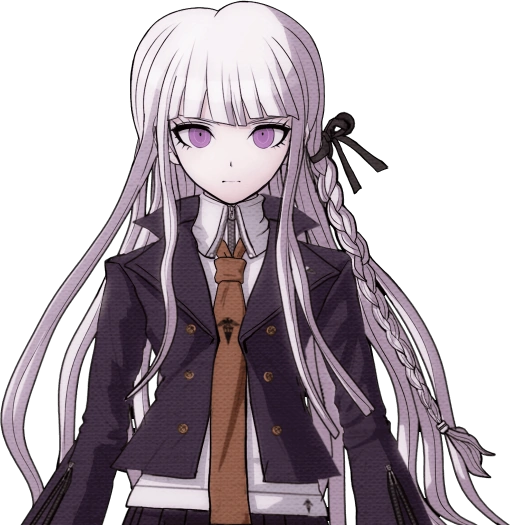 Design: 10/10 I don't like purple but Kyoko looks good ***also her design at least looks like a detective unlike some other Ultimate Detective I know***
Character: I already know her true talent and like if I didn't it would already have been obvious cuz ***she does detective things alright. She is secretive and, like, aloof and maybe even a bit cold sometimes but like that's just normal detective behavior to me. I would probably guess her talent was Detective pretty quickly bc of her clothes too*** I find it funny how she just doesn't tell Makoto the answers right away but obv cuz there'd be no game if she just did it all. So she just lets Makoto figure it all out maybe training his brain or something so I guess that's her being kind? I don't know it's for the player's convenience so I don't really want to count it. Hope I can see more from her. ***If her entire character was all about not knowing her real talent then that would just suck*** 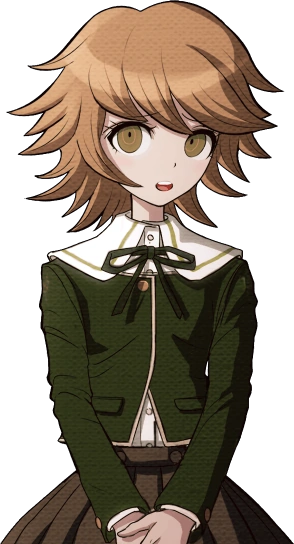 Design: I don't like green 6/10
Character: Annoying but obviously she's got issues that's why she's like that ***I know he's a boy*** 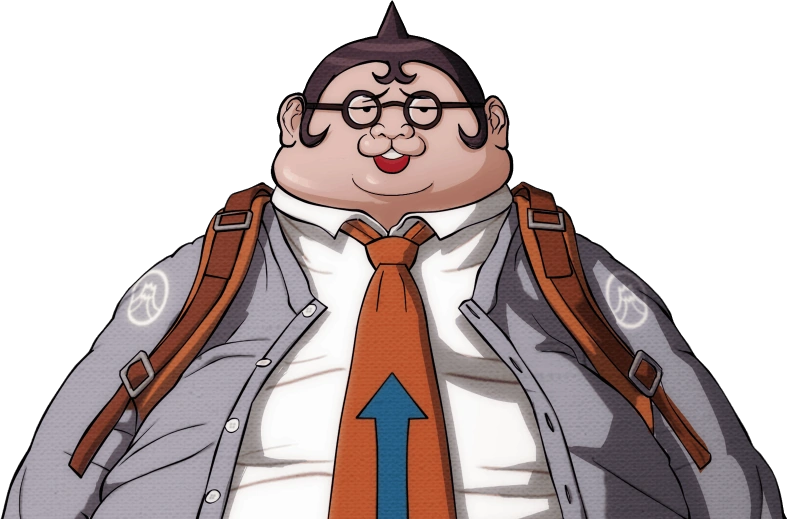 Design: lol funy 7/10 he's kinda cute
Character: he's funny and I like his Ultimate. I just don't like the pervert side ew. I did 1 FTE and I think I'll do it again (I have a hard time choosing between Celeste, Taka, Kyoko, and Hifumi for FTEs) 9/10 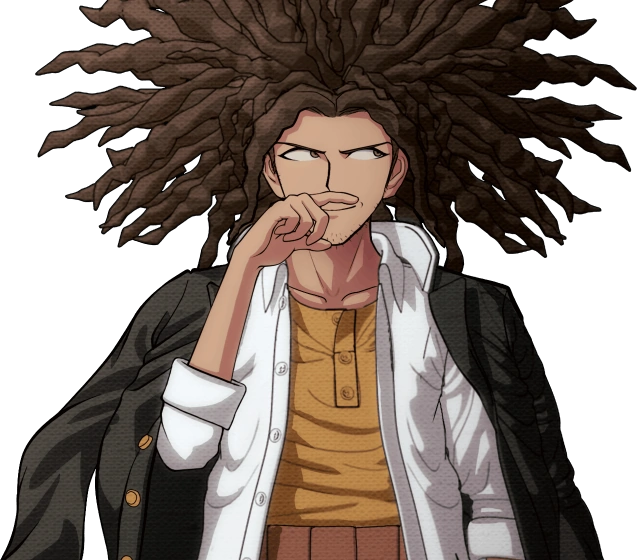 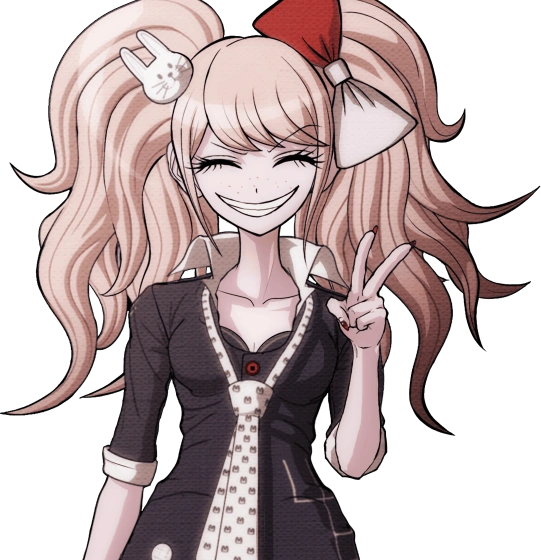 He reminds me of Sam Manella from Ace Attorney lol

I like this. Not that I agree. I think it's a good analysis. I think I heard something similar from King Arthur but I don't remember cuz I'm just quirky like dat ;)))